Vietnam has plenty to work towards this year. Pic: Jimmy Tran/Shutterstock

2016 was a whirlwind marked by events such as Brexit, Donald Trump’s victory in the U.S. presidential election, and the death of Fidel Castro. (December 4 was declared a national day of mourning in Vietnam for the Cuban revolutionary.)

Now that the year is firmly behind us and we are in ostensibly greener pastures, let’s take a look at some of the more recent developments that affected Vietnam’s entrepreneurial ecosystem – or will impact it this year.

Corporate Accelerators
Last autumn, Vietnam Innovative Startup Accelerator or VIISA, officially put out a call for its inaugural class which will commence this month. FPT Ventures, Dragon Capital, Hanwha, BIDV Securities, and Grant Thornton are all partners of the US$8 million-funded accelerator. About 150 teams applied, which will be narrowed down to an approximately 10 percent selection rate as the accelerator seeks to produce 100-120 startups from Vietnam over the next five years.

Another Vietnam-based accelerator, the Topica Founder Institute (TFI), expanded its activities to Thailand last year when it launched its program in Bangkok. In 2016, Vietnamese corporations became more active in supporting the growing startup ecosystem than in previous years. Already some banks such as VietinBank and Vietcombank are offering startups reduced interest rates for loans – but will we see even more Vietnamese corporations leap into the acceleration or investment space? If so, then recognizing and managing potential conflicts of interest may be the biggest obstacle for building trust among all participants.

La French Tech Viet
The La French Tech brand was bestowed upon Vietnam’s tech community by French Prime Minister Manuel Valls during a ceremony in Montreal, Canada in October 2016. Vietnam is now the first (and currently only) officially-designated hub in Southeast Asia, i.e., La French Tech Viet. (This achievement was formally celebrated in December at the French Residence in Ho Chi Minh City.) The branding demonstrates that Vietnam is recognized as a suitable location for French startups to develop because of a robust community of entrepreneurs, investors, coders, and leaders. Today, the French Tech network in Vietnam is comprised of 1,600 members, 120 companies, and five academic partners. It’s important to note that the French Tech network is open to all nationalities – it’s not just for French passport holders.

Sprawling Spaces
WECREATE | Vietnam launched in Hanoi in October in coordination with the Vietnam Women’s Entrepreneur Council (VWEC) of the Vietnam Chamber of Commerce and Industry (VCCI), the U.S. State Department, Paz y Desarollo, and Griffin Worx via a public-private partnership. The center provides a space for women entrepreneurs and others to be mentored, to develop the necessary skills to build a business, and to get access to other resources.

Two new co-working spaces popped up in Ho Chi Minh City as well: Circo, operated by Viet Youth Entrepreneurs and Saigon Innovation Hub (SI HUB), funded by Ho Chi Minh City’s Department of Science and Technology (DOST). In October, DOST announced a US$45 million package for startups, which will be managed through 2020.

Moreover, Toong and Up – two co-working space chains based in Hanoi – continued to expand into new locations in the capital and have now turned their focus to other areas of Vietnam.

Maker Movements
In November, Maker Movement Promotion Forums were held in Hanoi and Can Tho with support from the University of Arizona. In 2015, similar forums were organized in Ho Chi Minh City and Danang to connect fledgling maker communities. Currently, most of the tech interest is in the software development but with Fab Labs and other maker spaces steadily springing up in the three major cities (Hanoi, Ho Chi Minh City, and Danang) across Vietnam since 2014, hardware seems ready to finally come into its own this year.

TechFest Vietnam: Redux
The second annual TechFest Vietnam was held in Hanoi in November and received additional support from several public sector entities including the Ministry of Finance, the Ministry of Planning and Investment, and the Ministry of Information and Communication. In 2015, TechFest Vietnam was held for the first time with initial and continued support from the Ministry of Science and Technology and the Finland-Vietnam Innovation Partnership Program. The unique value proposition of this event is the face-time afforded with high-ranking members of the Government of Vietnam in formal and informal environments. The event once again marked the arrival of several regional venture firms in Vietnam including Coffee Ventures and Queen’s Road Capital. 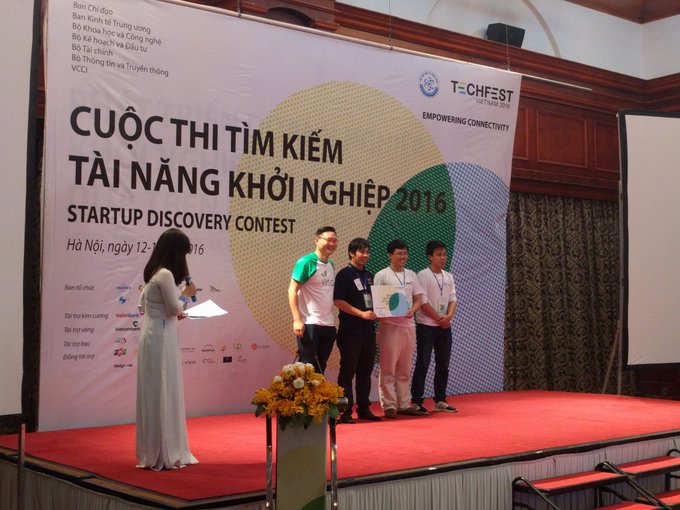 Digital Lifestyle Banking
Timo, Vietnam’s first digital bank, expanded into Hanoi in November, bringing the number of “hangouts” in the country to a total of two. However, Timo customers have access to over 15,000 ATMs in Vietnam thanks to Timo’s partnership with VP Bank, which provides backend services for Timo. Timo has plans to offer additional products beyond the four currently available, as well as to continue expanding geographically.

DiploHack Hanoi: Trust in the Food Chain
Many people know that food safety is a major issue in Vietnam – but exactly what to do about it is less clear. A DiploHack – among the first in Asia – was held in Hanoi in December to foster cross-sector collaboration and determine ways in which to address the challenge of improving food safety. The Diplohack was supported by the Embassy of Denmark, the Embassy of the Netherlands, and the Embassy of Sweden. In Hanoi’s cozy diplomatic community, it was good to see the collaborative spirit in full effect – as well as the best ideas being promoted to increase awareness and action for a growing challenge that impacts tourists, locals, and expats alike.

Unrefined Policies
Article 292 of Vietnam’s Criminal Code sought to criminalize profit that resulted from enterprises not having the appropriate license for a service, which are many e-commerce businesses in Vietnam. It was not put into effect in July – as originally intended – due to public outcry and a grassroots campaign. Considering that Hanoi has a stated goal of reaching one million private enterprises across the country by 2020 – up from approximately 500,000 currently, it’s unclear why there aren’t more incentives for people to become entrepreneurs while at the same time removing administrative barriers to entry and promoting sustainable business practices.

TPP Uncertainty
The incoming Trump administration has pledged to withdraw from the Trans-Pacific Partnership (TPP), which (by many accounts) Vietnam would stand to benefit the most from the proposed trade deal between 40 percent of the world’s markets. This change in U.S. policy could open the door for the China-led Regional Comprehensive Economic Program (RCEP) to fill the potential void. Considering the Russian-led Eurasian Economic Union (EEU) and the EU-Vietnam Free Trade Agreement (FTA) (as well as a multitude of other FTAs), trade with Vietnam won’t cease if the TPP fails. However, there aren’t many mainstream tools, technologies, or training for first-time importers and exporters in Vietnam to take advantage of these FTAs.

Looming Challenges
At The Economist’s Vietnam Summit 2016 in November, a number of challenges were outlined for Vietnam, including 1.5 million new jobs needed each year to keep up with population growth. This year target is during a phase when automation technologies will begin to impact Vietnam, and State-Owned Enterprises (SOE) are undergoing equitization (what “privatization” is called in Vietnam) processes, thereby reducing their large workforces.

Up to 70 percent of low wage jobs could be potentially automated in Vietnam, according to the World Bank. Even worse, although a strength sector, agriculture in Vietnam is threatened by climate change, drought, and saltwater intrusion into the Mekong Delta. Throw in ongoing attempts at balancing the State Budget for good measure and you get an idea of path ahead for Vietnam.

Pollution
From a massive fish kill in central Vietnam to “airpocalypse” in Hanoi to pesticides seepage into the Mekong Delta, pollution in Vietnam was inescapable in 2016. Unfortunately, it will only get worse as traffic congestion increases and coal power plants continue to meet the country’s growing energy needs through 2020 (and Vietnam will import coal through 2030). In Hanoi, approximately 19,000 new motorbikes and 7,000 new cars are registered in the city each month, which is expected to increase. 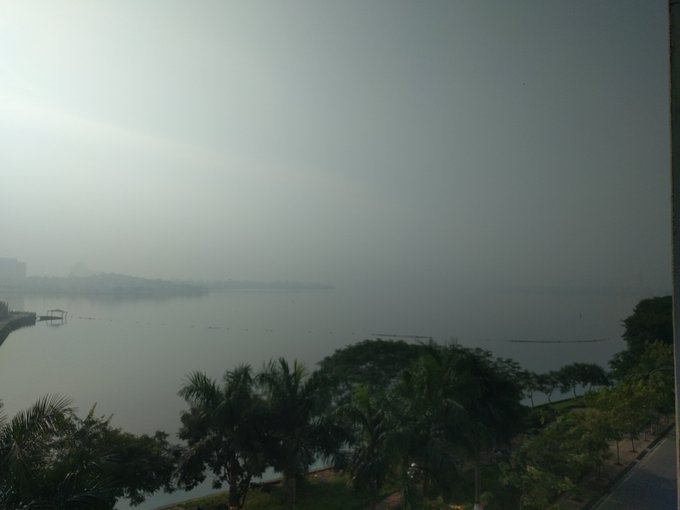 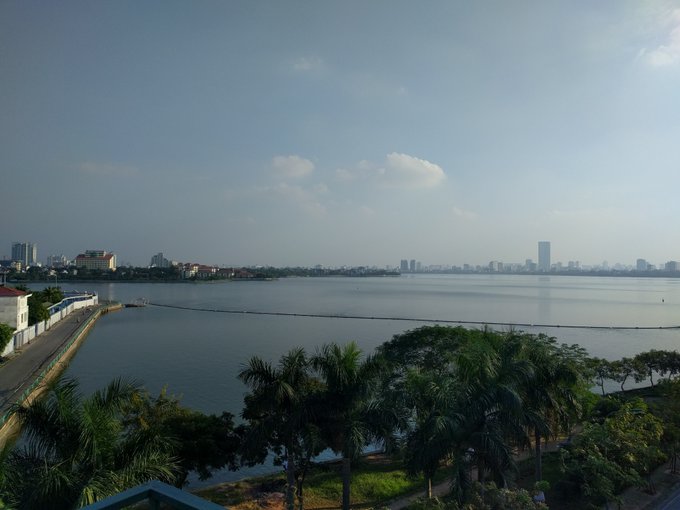 Odd Priorities
In 2016, the most read Harvard Business Review article in Vietnam was “Learn to Love Networking”. Furthermore, in an interview, one prominent angel investor shared that he spends upwards of 90 percent of his time trying to convince the teams in his portfolio to listen to his advice. Given this anonymous letter sent into a local podcast, perhaps the deep interest in networking is misplaced.

One-third of Samsung’s 300,000 global workforce is located in Vietnam where almost one out of every three Samsung phones are assembled, contributing to 20 percent of Vietnam’s exports. That included the Samsung Galaxy Note 7, which Samsung chose to end production of after reports of explosive batteries emerged. Since 2009, Samsung has invested close to US$15 billion in Vietnam.

APEC Summit
Vietnam will host the Asia-Pacific Economic Cooperation (APEC) Summit from November 5-11 in Da Nang. More than 21 Member Economies will be represented during the summit, which will include over hundreds of separate events leading up to APEC Leaders Week in November.

By then, President Trump is expected to join as well, marking the fourth visit by a U.S. president to Vietnam since the normalization of relations between the two countries in 1995. Overall, the summit will be an opportunity for Vietnam-based startups and SMEs to promote and showcase innovation while the world is watching. 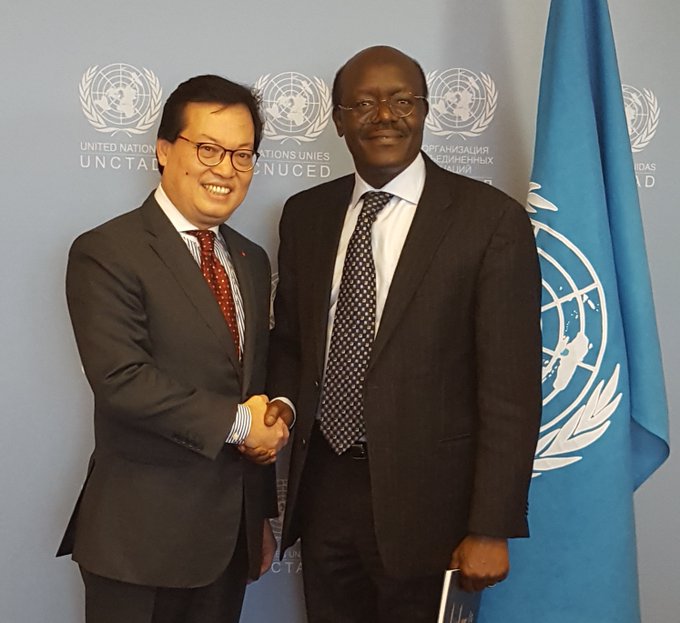 Continued Growth
Even though Vietnam missed its economic growth target of 6.7 percent in 2016, The Economist projects average real GDP growth rate of 6.5 percent over the next five years – without impact from the TPP. Some experts believe that Vietnam can reach 8 percent GDP growth if it tackles tough challenges such as inefficient productivity, preferential access to capital and contracts, SOE reform, non-performing loans, and unskilled labor. If Vietnam can achieve these higher GDP growth rates then it will be due to investments in innovation and education which would unleash the full potential of human capital in this Southeast Asian nation of soon-to-be 100 million people.